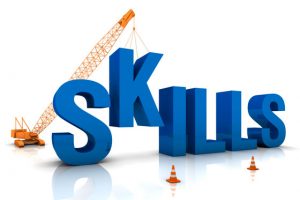 We have created these two consolidated lists to make your work easier. Hope the Department of Immigration will improve and simplify these nine lists sooner or later.

Tasmania: In support for visa state nomination a Subclass 491 applicant who holds a Bridging Visa A, B, C or E while seeking review of a decision would be required to depart Australia in order to lodge their visa application with the Department of Home Affairs. While travel restrictions are in place many applicants will…

[:en]  Due to a large volume of visa nomination applications received, applications for engineering and building occupations on the Visa Nomination Occupation List for Victoria will not be accepted from 16 October 2017 to 12 January 2018. Applicants who hold an offer of employment in Victoria in their nominated occupation or meet the streamlined PhD or 457 pathways are not affected by…

Northern Territory (NT) nomination under General Skilled Migration Program will change criteria from 1 July 2020. The main changes are Currently on Student -if you or any of your migrating dependants are currently on a student visa and are currently studying in an NT institution, you will not be eligible for NT nomination. Have already…